Greetings from USC Media Relations. With just two weeks to go before Election Day on Nov. 8, voters are being asked to weigh in on California ballot measures on a range of issues. Experts can discuss the proposed tax to fund wildfire prevention and access to electric vehicles (EVs), another proposition to boost state investment in music and arts education, and lastly, a measure to increase protection for abortion and reproductive rights under the state constitution.

Will Prop. 30 deliver on environmental justice for communities prone to wildfires? 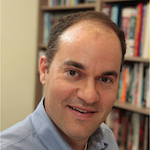 If approved, Prop. 30 is intended to reduce emissions from the state’s two leading sources of greenhouse gases – wildfires and gas-powered vehicles. It would impose a 1.75% personal income tax on Californians earning over $2 million a year to fund programs designed to expand access to zero-emission vehicles (ZEVs) and improve wildfire response and prevention. Matthew Kahn, a provost professor of economics at USC Dornsife, and Bill Deverell, professor of history, spatial sciences, and environmental studies at USC Dornsife, share their thoughts on the ballot measure.

Kahn: “We know that climate change is going to pose environmental justice concerns. I’d like to see the 20% of tax revenue earmarked toward firefighting being spent in low- and middle-class communities on ways to increase their fire protection.”

“In Southern California, both rich and poor people live in zones at an increased risk of fire due to climate change. The difference is that celebrities and members of wealthy communities have the funds to take proactive steps to protect themselves, like hiring their own private fire brigades.”

Kahn is partnering with Redfin and the First Street Foundation to utilize historical and current weather data to assign properties with a risk score for wildfire or flooding.

Deverell: “Prop. 30 is nominally about resources being directed to fire fighting. There’s a lot behind the curtain here.”

“It is a good case study of the ways in which the proposition mechanism has morphed from the original design of these tools as envisioned by the Progressive Era reformers. California needs to have resources, major resources, at hand to address catastrophic wildland fire. Whether Prop. 30 is a particularly useful approach to that need is not necessarily very clear.”

Deverell also directs the Huntington-USC Institute on California and the West and is currently leading a multidisciplinary project called The West on Fire.

Prop. 28 would fund additional arts and music education in public schools at an estimated cost of $1 billion per year, beginning next year. I 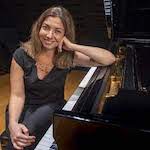 Habibi: “Decades of research have shown that participating in arts and musical activities are associated with better cognitive and language skills and social and emotional outcomes.

“Children and adolescents who have access to high-quality music education programs have been shown to develop better executive function and planning skills, communication and listening abilities, and they can regulate their emotions more effectively. Given these benefits in addition to the inherent joy of music making, it is critical that we make access to high-quality music and art education a priority for every child in California.”

Ilari: “Music and art classes offer students opportunities to develop skills and creative thinking in different art forms, connect with themselves and others, express ideas and emotions, and imagine multiple ways of being in the world. Participation in  music and art education has also been linked to positive development and well-being in children and adolescents.

“In California, many students do not have access to music and art education in schools, and this particularly true for low-income communities. It is time to change this!”

“California already has strong state constitutional protections relating to abortion, in particular an explicit privacy provision that has been interpreted to protect the right to abortion.

“Additionally, California provides public funding for abortion and requires private insurance coverage; legally protects clinic safety and access by prohibiting the obstruction of healthcare facilities; and most recently declared that out-of-state civil actions stemming from the provision or attempted provision of abortion care legal in California are against state public policy.

“As abortion becomes harder to access across the United States, California is taking an important step to explicitly enshrine the right to abortion in the state constitution, in order to better support people both inside and outside California to access abortion services if they need to do so.”